Darnold entered the season with a lot of hype surrounding his abilities in the pocket, yet he did not have a dream start for USC in week 1 against Western Michigan. Throwing 2 picks and 0 TDs, Darnold missed a few throws and wasn’t always on the same page with his receivers. Darnold came into the season with chatter about being the number one pick in the 2018 NFL draft, but he’ll need to perform better than he did in week 1 to end up lifting the Heisman trophy, but it would be unwise to rule him out after one average performance.

In a closely contested game, Lamar put up numbers against Purdue in a 35-28 victory. The dual threat quarterback and 2016 Heisman winner completed 30-46 for 378 yards and 2 TDs, also rushing for 108 yards. His arm talent does not compare really to Baker Mayfield’s, yet his versatility makes him an extremely hard player to stop. He’ll have to put up hefty numbers all season to win another Heisman, but he’s definitely in the conversation at the moment. 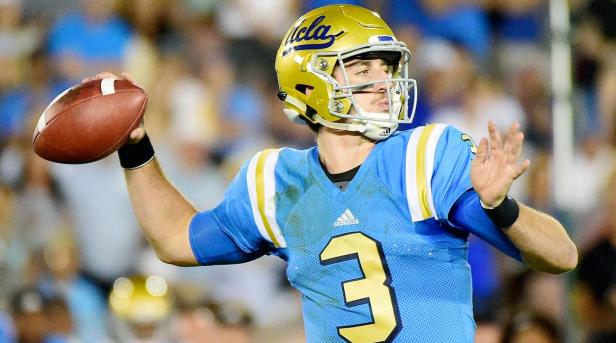 Josh Rosen struggled mightily early against Texas A&M as his team fell into a deep hole down 44-10. He demonstrated impressive toughness in the team’s comeback, even if it took a little bit of luck as two TD passes went off and through the hands of Aggie defensive backs. This kid has special arm talent, but his decision making could use some refinement. Impressively, he finished with almost 500 yards passing and 4 TDs. There were some things he could smooth out in his game, but if he continues to drop absolute dimes he should enter the heisman conversation.

Mayfield had a near perfect debut, completing 19 out of 20 passes for 329 yards and 3 scores in a 56-7 victory against UTEP. His impressive last season left many wishing he had won the trophy over Lamar Jackson last year, and he has entered the season as a top contender for the trophy. This performance may propel him into the leader in the heisman discussion, but undoubtedly he’ll have to continue to perform strongly against tougher competition. His matchup against Ohio State serves as a good chance.

Barkley continues to turn heads after a phenomenal performance in Week 1. In Penn State’s 52-0 rout against Akron. Barkley went for a staggering 172 rushing yards on a mere 14 touches. His speed and agility has defenders simply unable to bring him down. Barkley has not been thought of as one of the top favorites for the trophy but if he continues to put on impressive displays similar to his strong showings against Akron and USC in the Rose Bowl last year, he could emerge as a favorite. He definitely already has NFL GMs salivating over his ability, as many mock drafts have him as a top 5 pick.

This is a text widget, which allows you to add text or HTML to your sidebar. You can use them to display text, links, images, HTML, or a combination of these. Edit them in the Widget section of the Customizer.
Loading Comments...
%d bloggers like this: